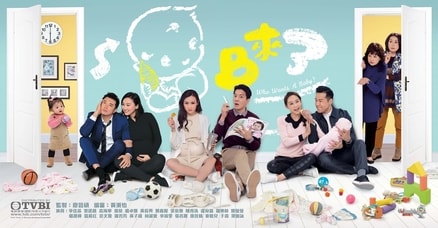 I haven’t seen many Hong Kong Drama for a while as I have been busy and the free time I have been catching up with some Korean drama. I was reading the paper online and knew of this series ‘Who Wants a Baby’ as it was apparently really popular in Hong Kong and after reading a quick overview of the drama I decided to give it a go.

The storyline is pretty much around a young married couple who loves to spend money, eat and drink whatever they like, branded items during their pre-baby days. Then one day, the female character falls pregnant and their world is changed upside down. The obstacles they faced, the reality of having a little person in their lives,  decisions on current career, the strains on their current relationship, the relationship between in-laws are all part of the story. The reason why this drama was so well received was two things:

For someone like myself who has a young family, virtually the topics they have touched on are there (except the in-laws arguing). People need to understand that raising a family is not easy, don’t be fooled by some of the personalities that come out all dressed up, hair all was done up nicely after a long day with the kids – not everyone is like that. Unless they have a nanny 24/7, it is not possible to look like a celebrity every day.

View all posts by travelgirl