I mentioned in one of my vlogs I love 2 minutes, cup noodles or some call it instant noodles. Whenever I go to Japan, I would have a cup noodle every night or every second night so I can make sure to try all the cup noodles at the local convenient store. So this time when I was in Poland, I wanted to try out their instant noodles so I bought two types to try. I did look for their cup noodles but the selection didn’t really interest me so I went for the traditional instant noodles range.

Let’s start off with their version of the oriental flavour. I am not a fan of this flavour back in Australia but I thought I am missing some Asian flavour so let’s try it out. Have to say the packaging looks very much like the ones back home so straight up, the first impression of the product was very good. The noodle itself was pretty tiny so I cooked it for supper. Let’s see how it looks. To be honest, not so exciting apart from the smell …. smells exactly the same as back in Sydney. The noodle texture was so so but the size of the noodle was too tiny in my opinion. The pack was around 50-70c Australia which was acceptable and you can get them cheaper if you buy multiple packs.

The next one is one I was looking forward to. It’s tomato flavoured noodles. I’ve tried one in Japan and it was delicious so I was hoping this one can give me some hope. So the package told me to cook the noodles and put the seasoning on top then pour hot water on top. A bit different to how I used to cook noodles but I did follow the instructions. Hmmm … I can already taste the noodles from smelling it. The taste did not disappoint. It wasn’t as good as the Japanese one (I still think Japan as the best cup noodles) but it did satisfy my craving. Again the noodle size itself was not big enough …. I wonder why the noodles in Europe are so small. Maybe they treat it as a snack? 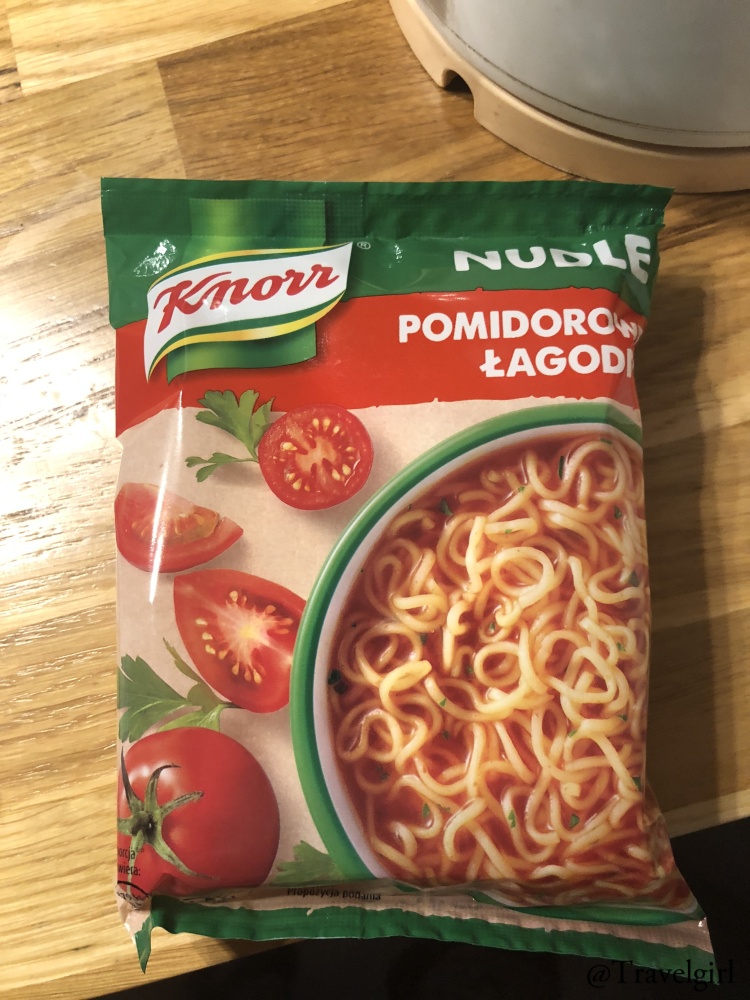 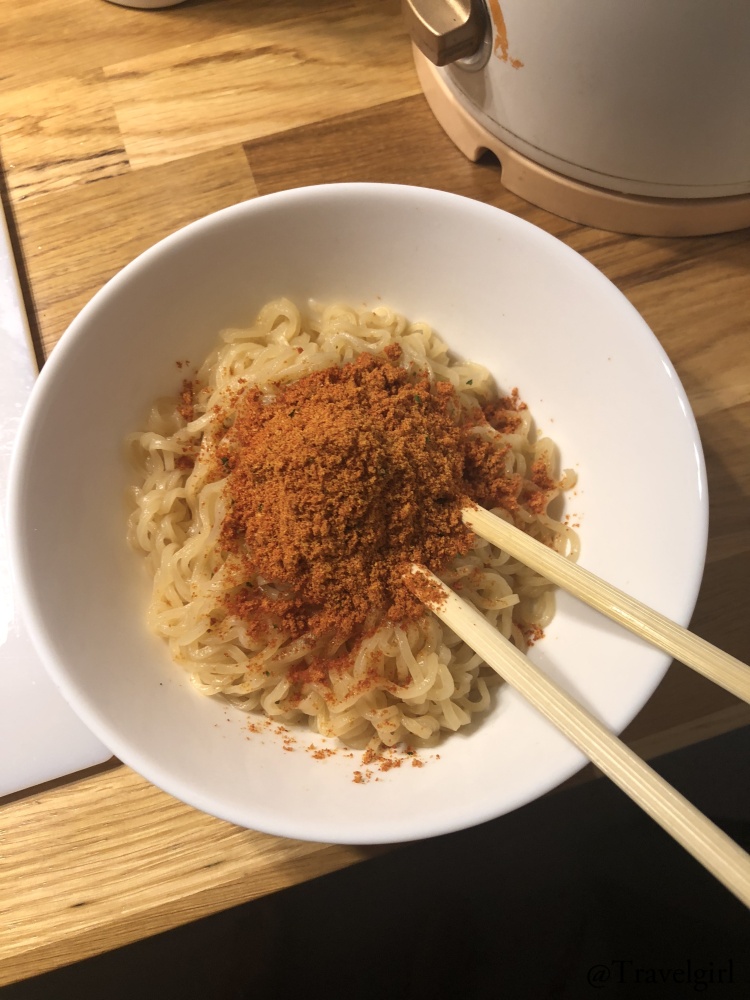