Asian yoghurts are so popular in Sydney they are opening up left right and centre. 2 weeks ago I introduced a new one called Milk Flower and today I will take you to a new one I found in the city CBD called Yomie’s Rice x Yogurt. There was a line when we arrived but it was more fairly quickly. 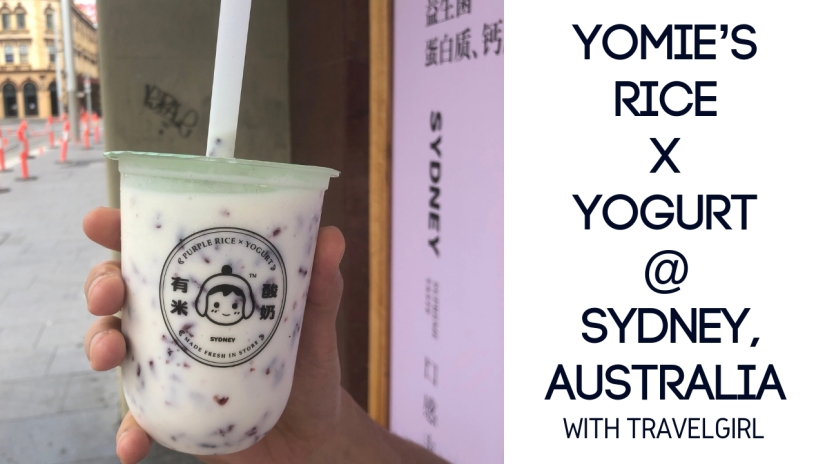 As we were lining up, you see different signs that advising those who are pregnant or after over 70 years old can skip the line. The next sign further down the line was that everything was made with 100% fresh fruit and best to drink it within 10 minutes but the most important part is they don’t offer delivery like some of the other stores. The best poster which got my attention was definitely them adding purple rice to the drink. Normally I have purple rice in “sugar water” but in a yoghurt drink will be a first. 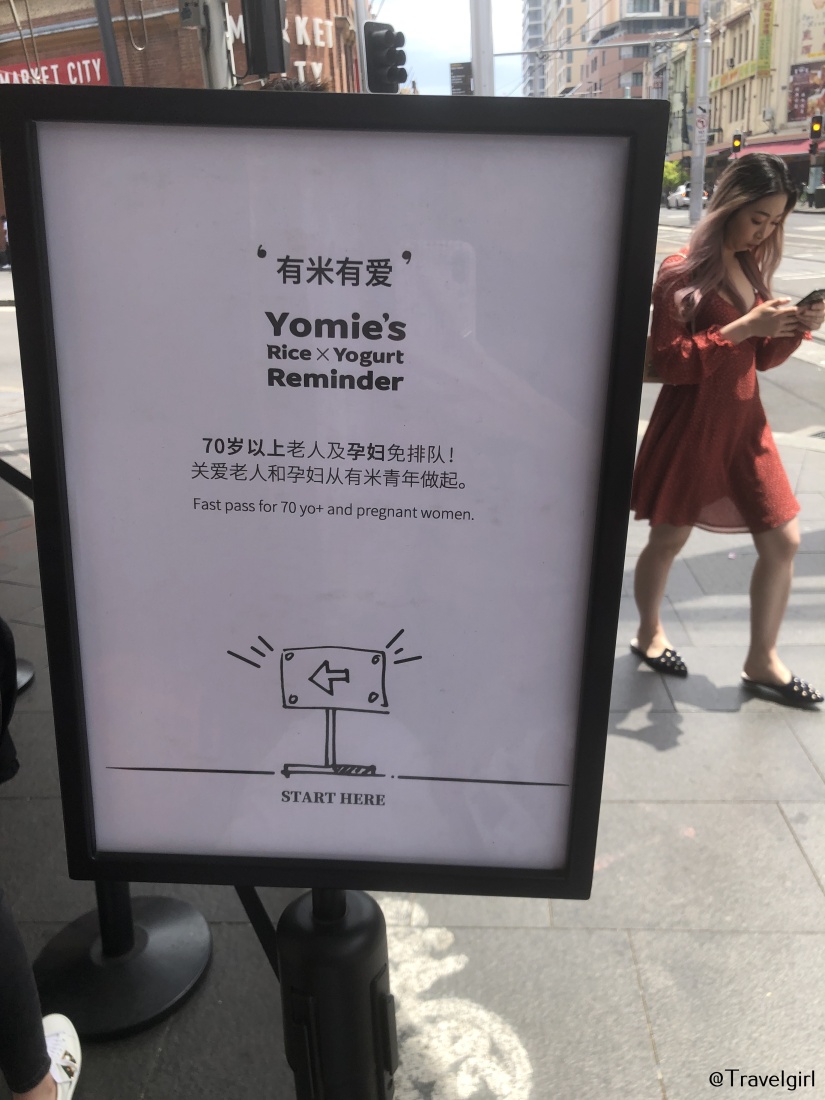 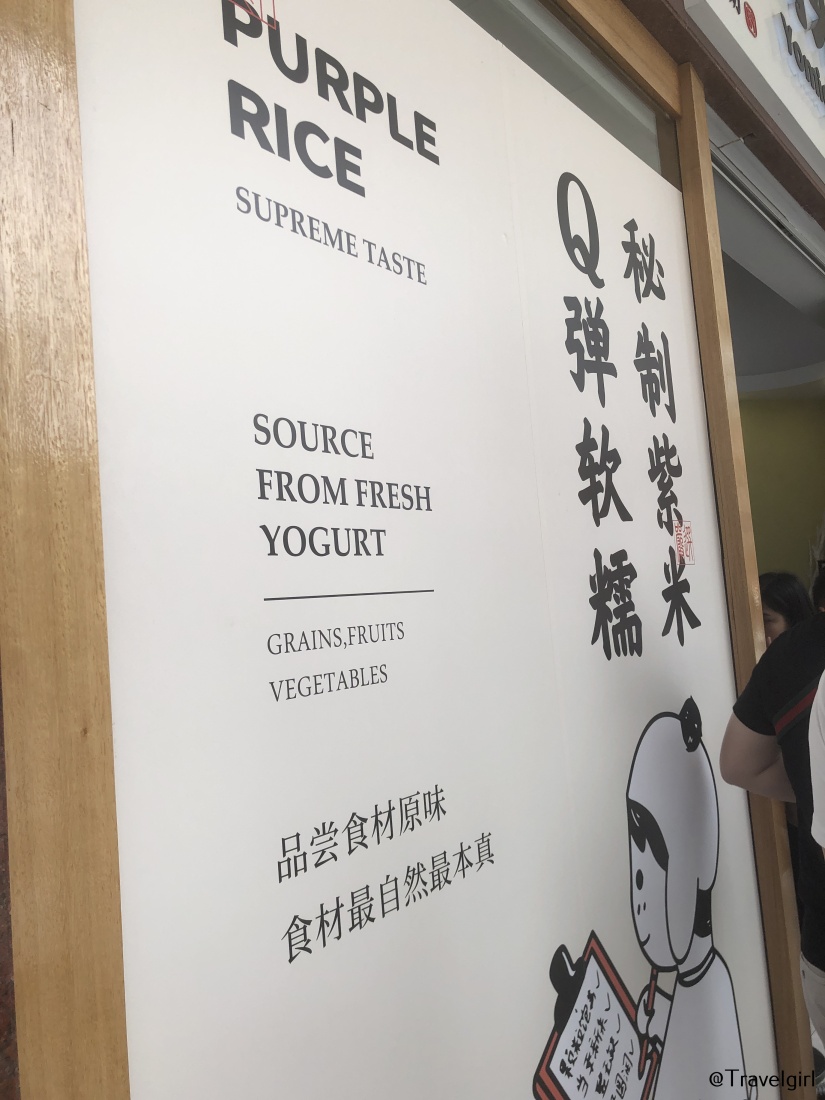 Here is the menu. A pretty big menu so it was nice for them to break down the 9 most popular one for those don’t know what to choose. We chose number 4 – Haw Purple Rice Yoghurt. We used to eat haw mini biscuits as a kid so it was nice to add it to the drink.

Our drink was made quickly and the little ones were already fighting who was going to drink it first. The liquid content with the purple rice as perfect. The rice was soft and it was well mixed with the yoghurt drink. There was a hint of haw which was not overpowering. The best part of this is the drink was less than $7 which was at least 20% cheaper than the one at Milk Flower (though milk flower’s cup seems a little bigger). If you want a change of drinks for a hot day, try Yomie’s Rice x Yogurt.

Since my last sharing of Milk Flower, a fancy Asian drink place in Sydney, I bring you another one that has been recommended by not 1 or 2 friends, but by many of them! Bubble Nini is the one and only in Chippendale in Sydney so far and has been a recommended drink place for many months by close friends. They are popular on delivery sites and let me tell you why below.

The store looks like a florist and is a perfect place to enjoy a nice drink. Even better you can buy the flowers here! This place is also a great Instagram moment which is why people love taking pictures with their drinks here. 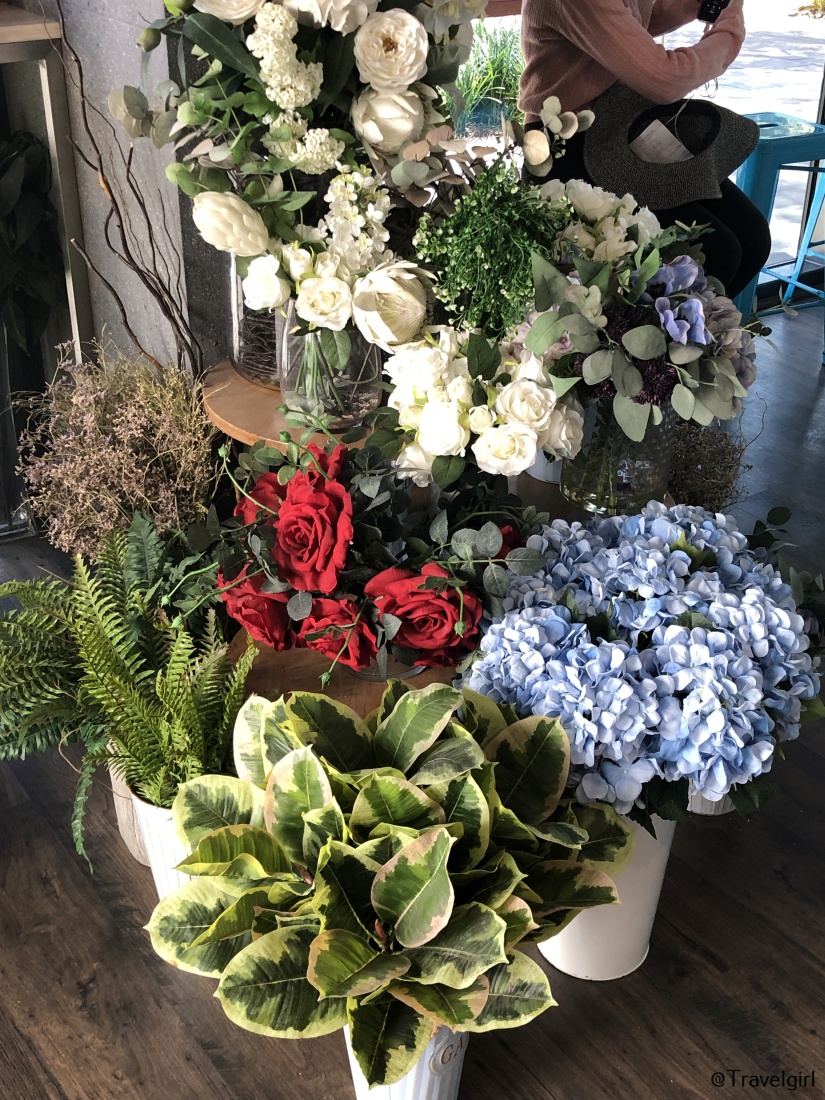 Let’s check out the menu. We ordered a ‘The Sun and Moon’ & ‘It Takes Two to Mango’ in the large size.

Here it is! They do look pretty don’t they especially my one with the real fruits in the drink. Verdict. The Sun and Moon were just like other bubble tea places but we will probably swap it next time with the default pearl to peanut better peals. My It Takes Two to Mango was delicious. It was the right sweetness (half sugar) and it was nice and cool for that warm summer day. We will definitely come back again if we are in the area and try something else as the rest of the menu looks pretty interesting.